Due to the simplicity of the word’s meaning, it was proven difficult to create a packaging for beer line that people would immediately associate with kerning. Throughout the process, different directions were explored, even creating a silhouette of a beer bottle in the middle of the word, but in the end, the literal meaning of the word was used to create the packaging. The word was divided into two parts, ‘kern’ and ‘ing’, and in the middle of it was the general description of the specific flavour attributed to the colour. The gap in the middle was created to emphasize that in-between kerning is a wide array of flavours, waiting to be tasted and waiting to quench someone’s thirst.

Kerning is a fictitious series of beer brewed by McAuslan. Sold along with the rest of the designer series in the nearest supermarket, the concept and the meaning of the word “kerning” were used as a starting point of the main packaging.

Students were required to design a packaging for McAuslan’s brand new designer series. To add another layer of complexity to the challenge, students were also randomly assigned the name of their product line and the tagline that is associated with it. 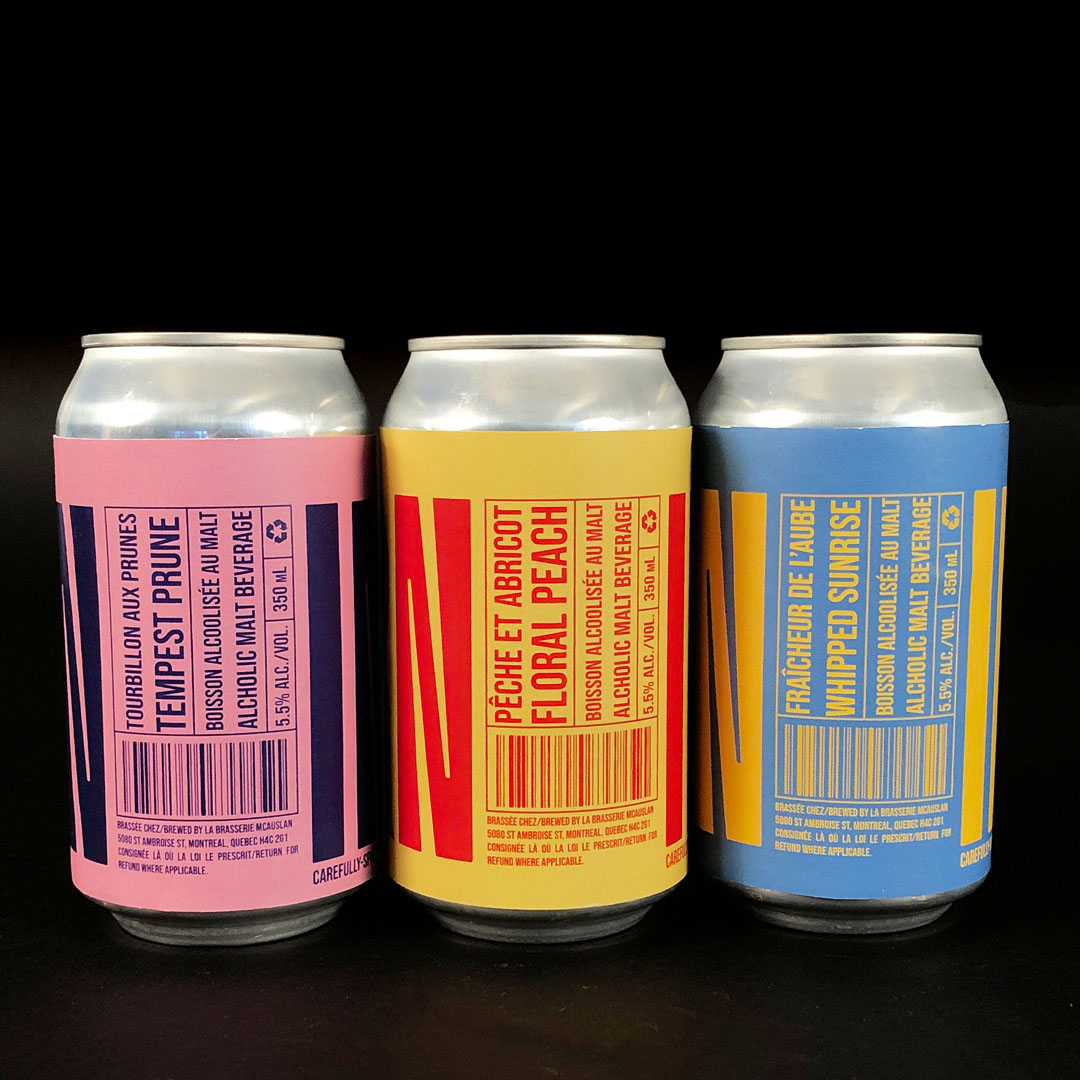 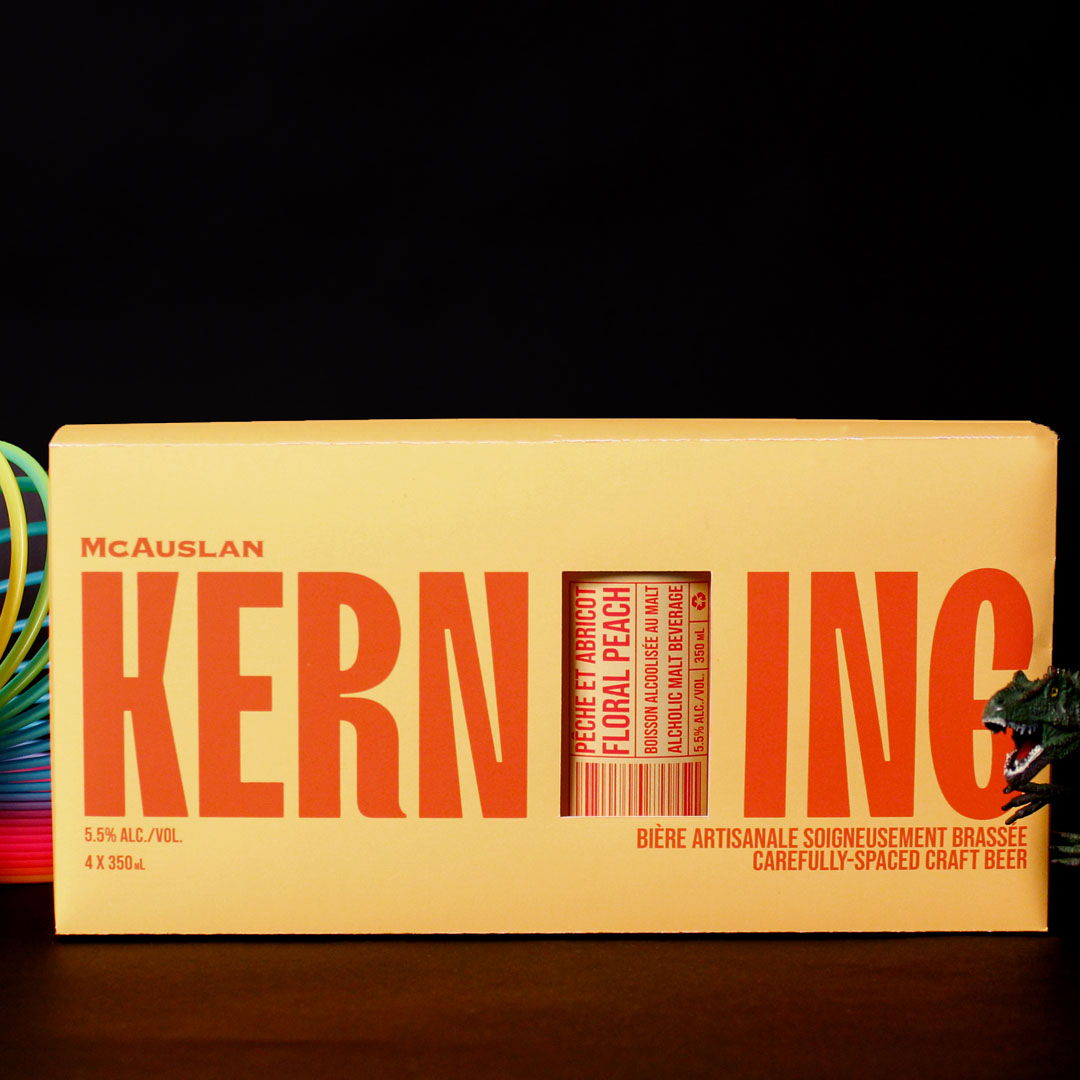 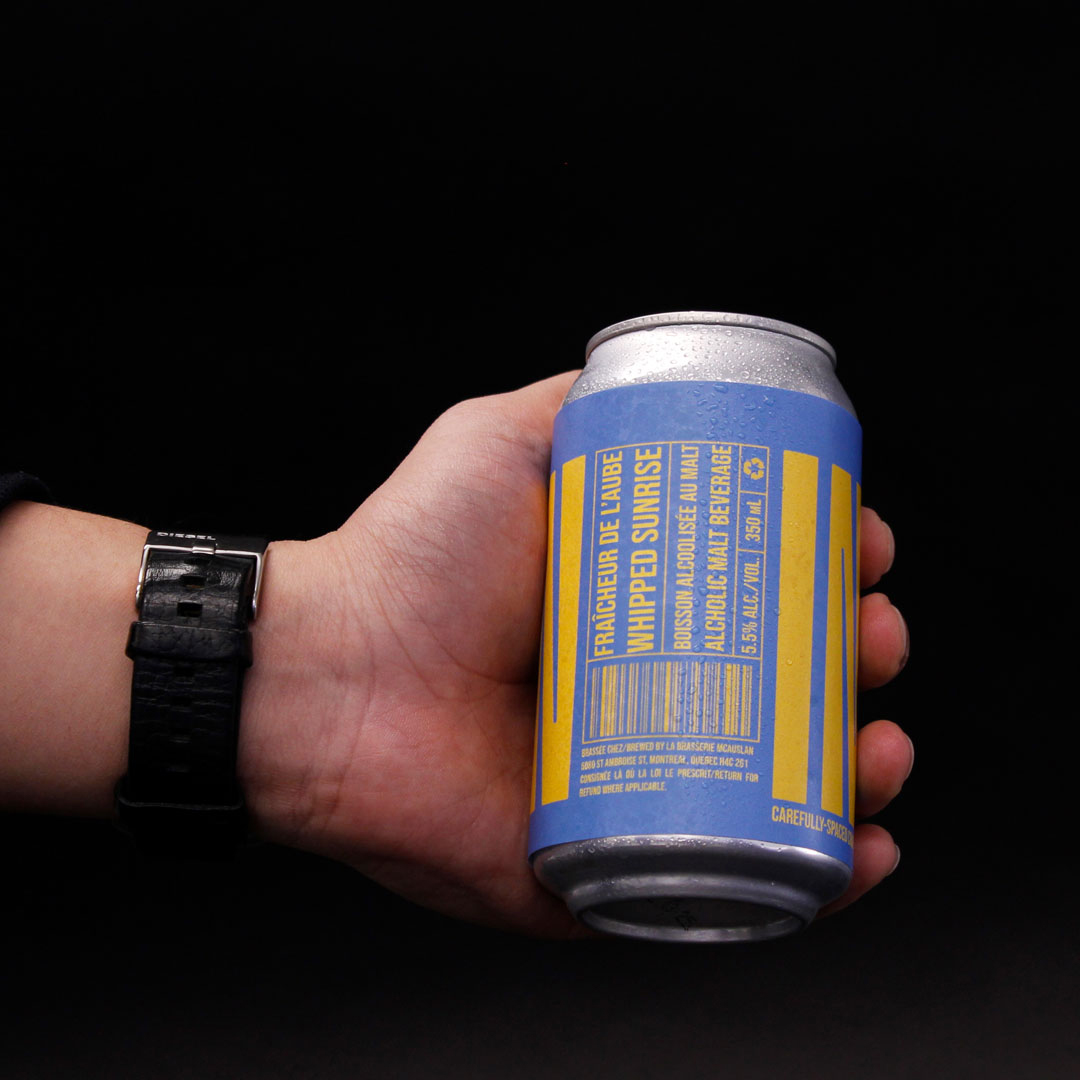 In the end, several and different vibrant colours were used to convey the bright and happy flavours that Kerning will offer as soon as you taste it. The beer comes in three different flavours, catering to different taste buds.