Initially, the concepts that were presented to the class contained the numbers, ‘2020’, and the word, Juncture, but after several discussions and feedback from everyone, both ideas were deemed ludicrous and mundane. Various words were brainstormed only to land with the word Junction which means a point where two or more things are joined.

Junction is a poster created to represent the graduating year of Dawson’s Graphic Design vernissage. Taking in consideration every single soul that has suffered in this program, through blood, sweat, tears and even laughter, the word ‘Junction’ was chosen to represent all of them.

The mandate was to create a vernissage poster that represent everyone in the graduating a year. The teacher has also suggested that, given the circumstances, ‘2020’ should be used as a starting point for the design. 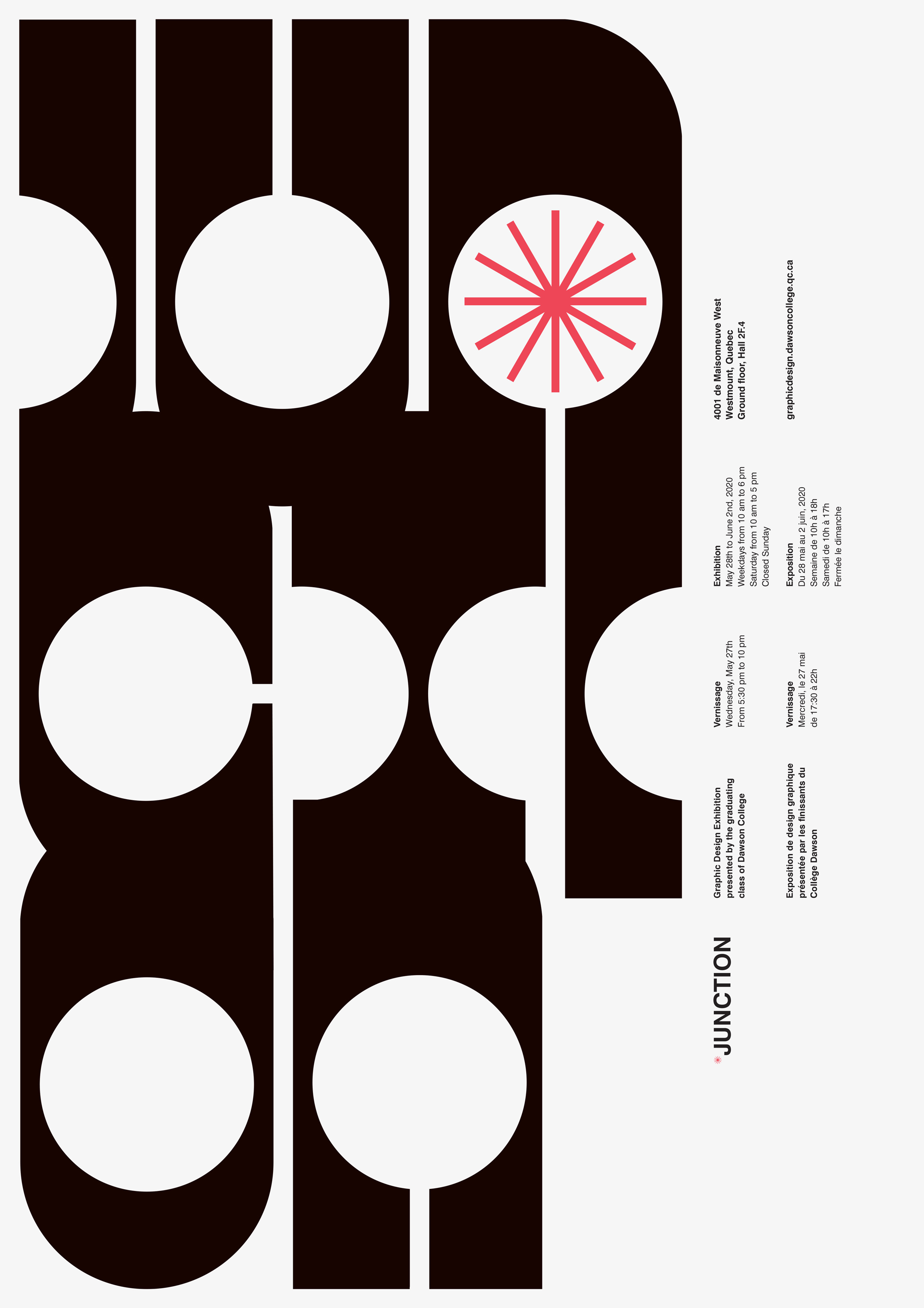 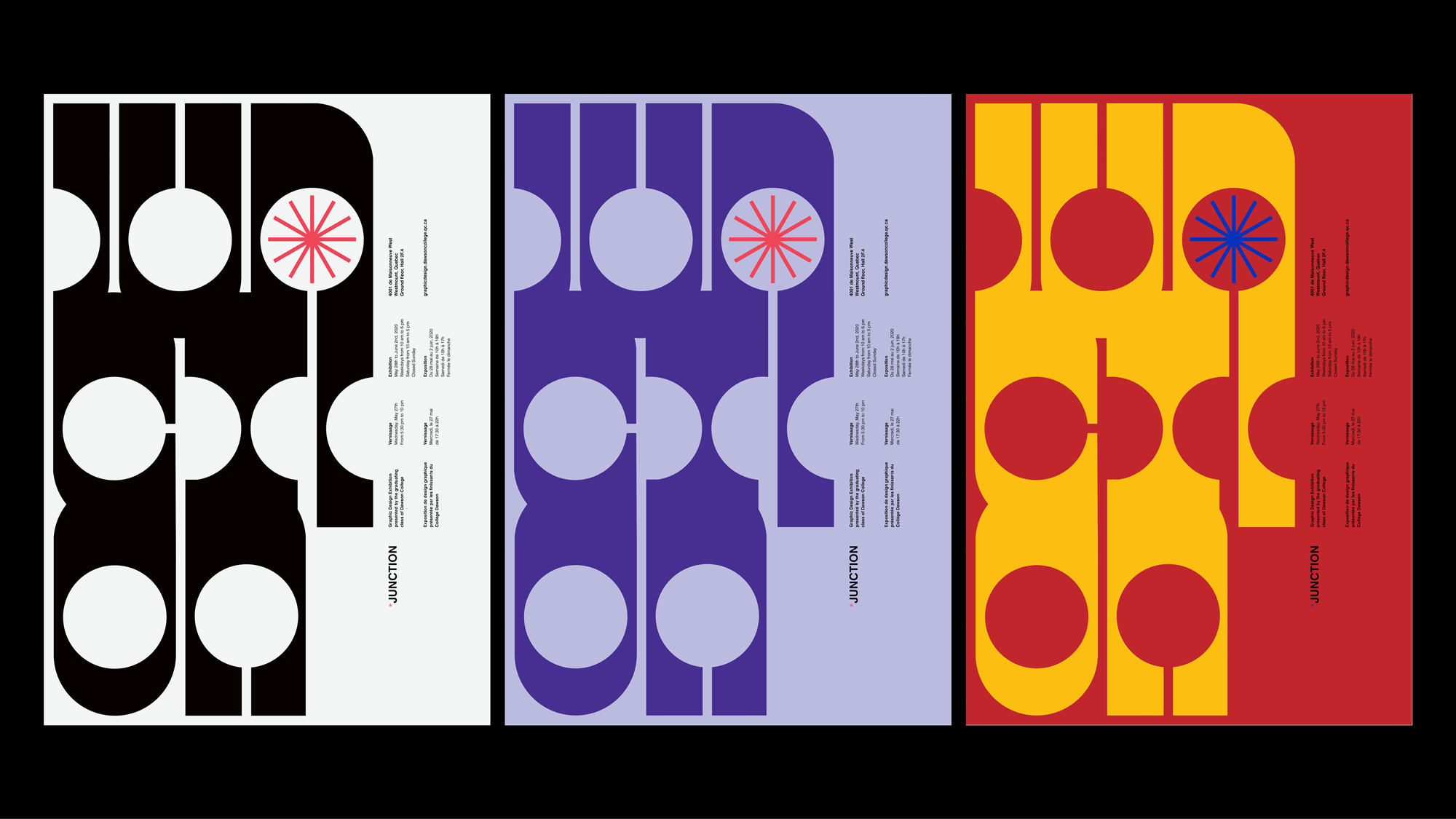 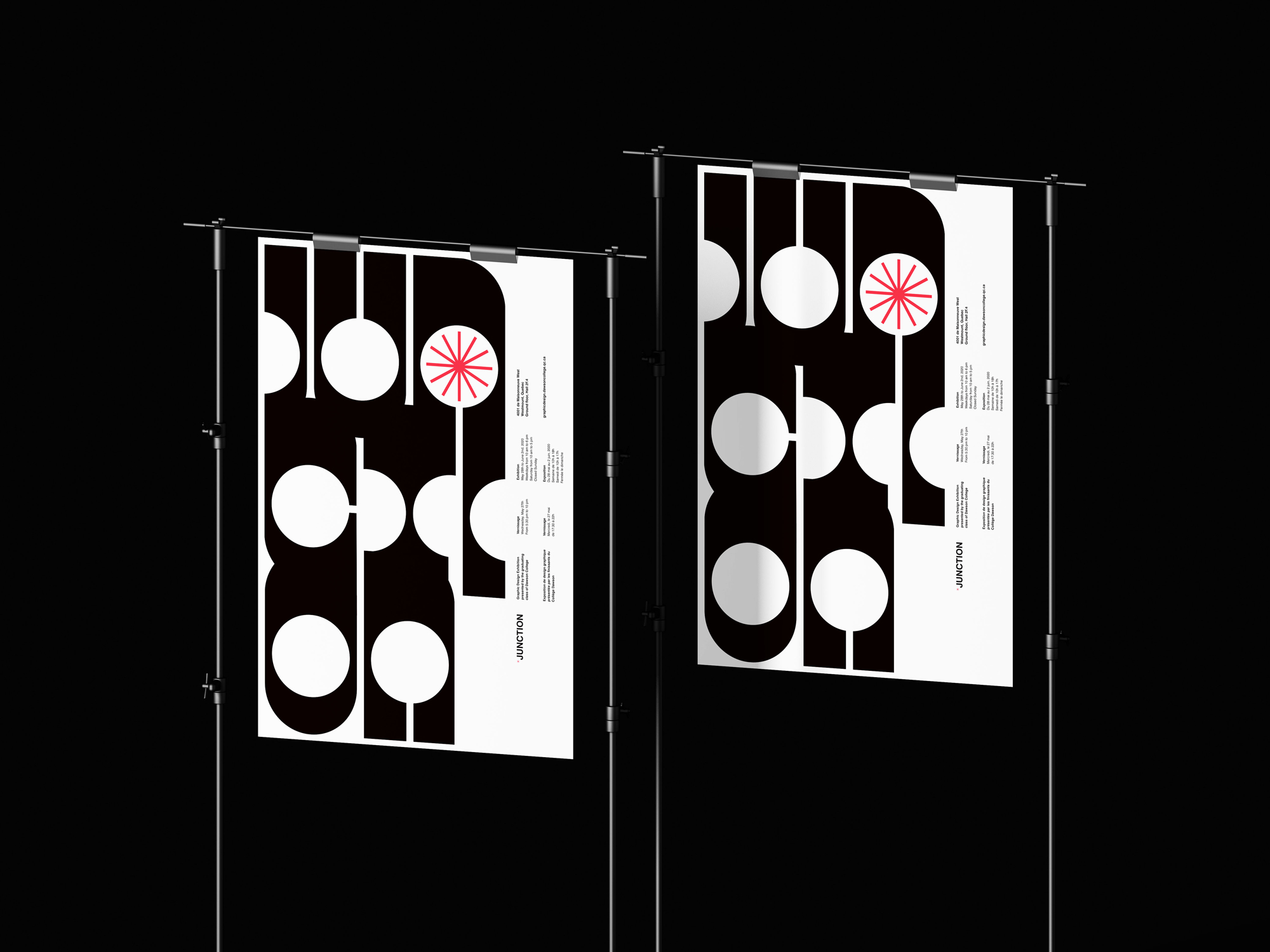 Heavily inspired by the Swiss movement, a word mark was created by using an old typeface called: ‘Lucky’. Along with it was an asterisk which symbolizes a graphic designer's life because they're always in constant junction.