Several things were tracked throughout the semester, but the only topics that were pertinent and congruent with the concept of NASA’s technical diagrams were chosen to further elaborate on. Initially, planets were brought up in the development phase, but later scrapped due to all the graphs becoming linear and plain. The concept then shifted into graphs that bear resemblance to technical diagrams.

Anatomization of a highly dangerous annoying subject is a project about self-tracking one’s daily habits. The graphs created to showcase the tracker was heavily inspired by technical diagrams manufactured by NASA.

The mandate for the project was to produce a set of coherent visuals, illustrating and showcasing one’s daily habits. 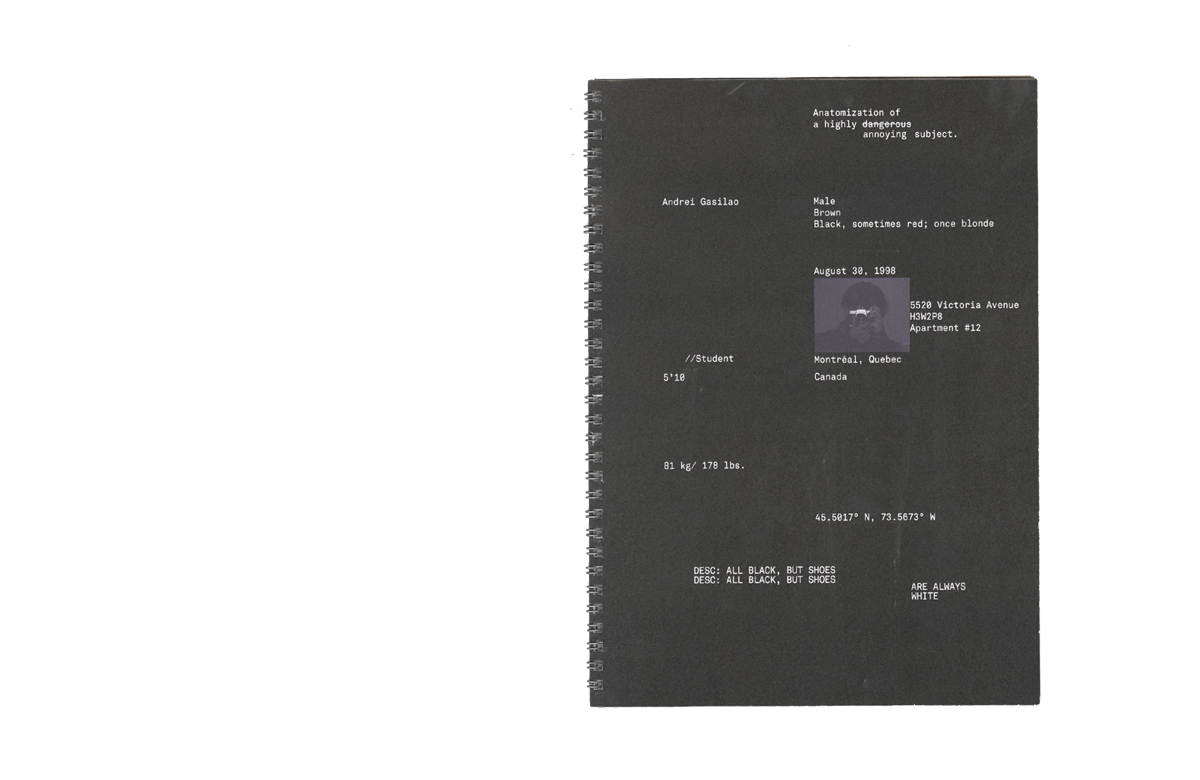 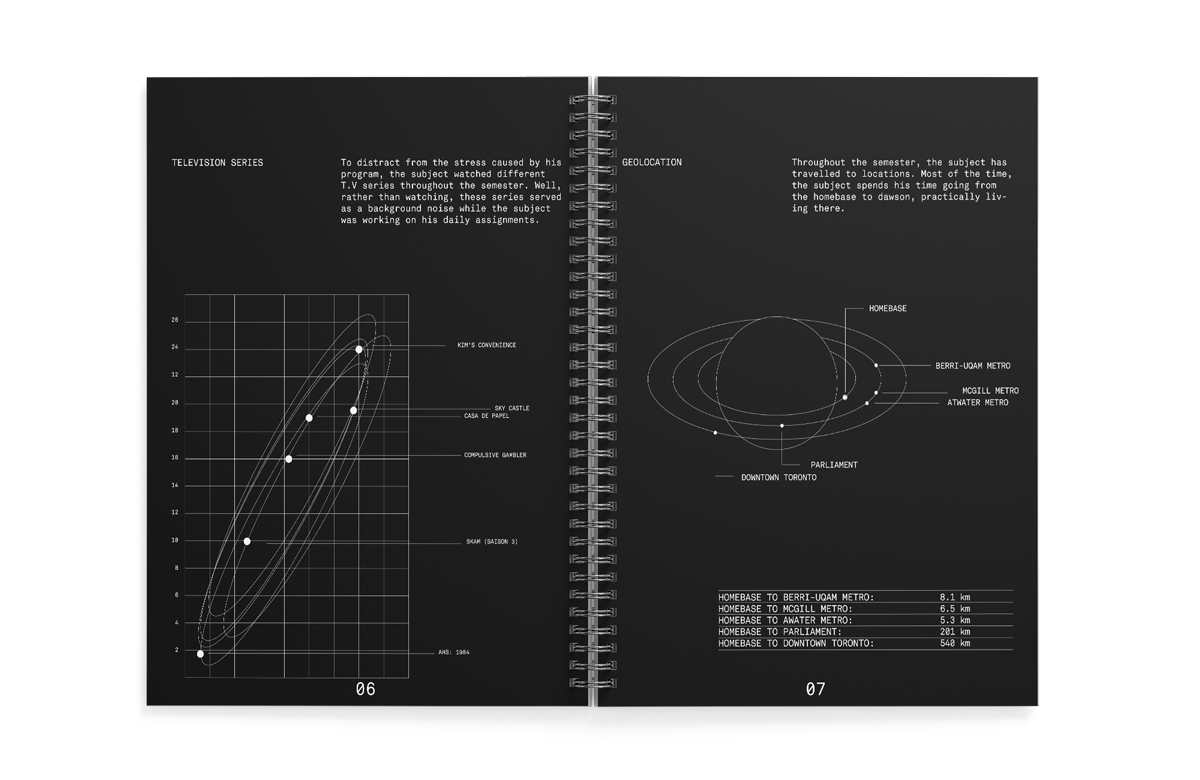 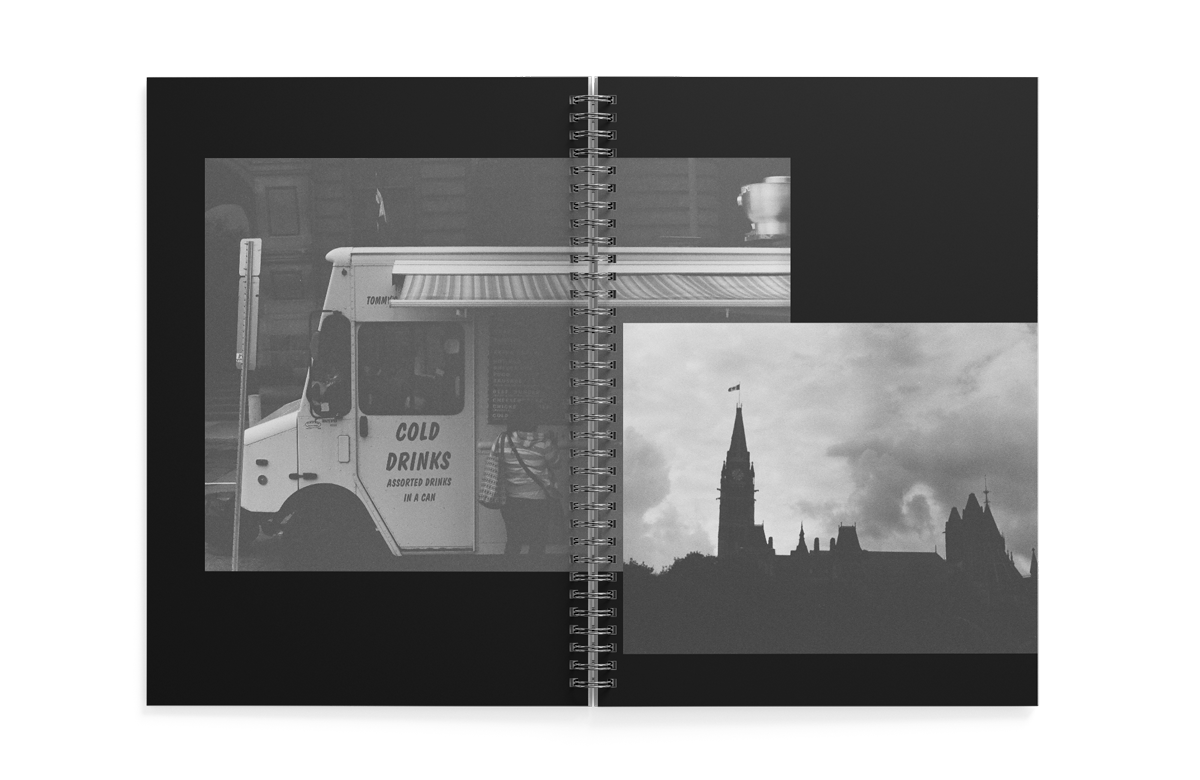 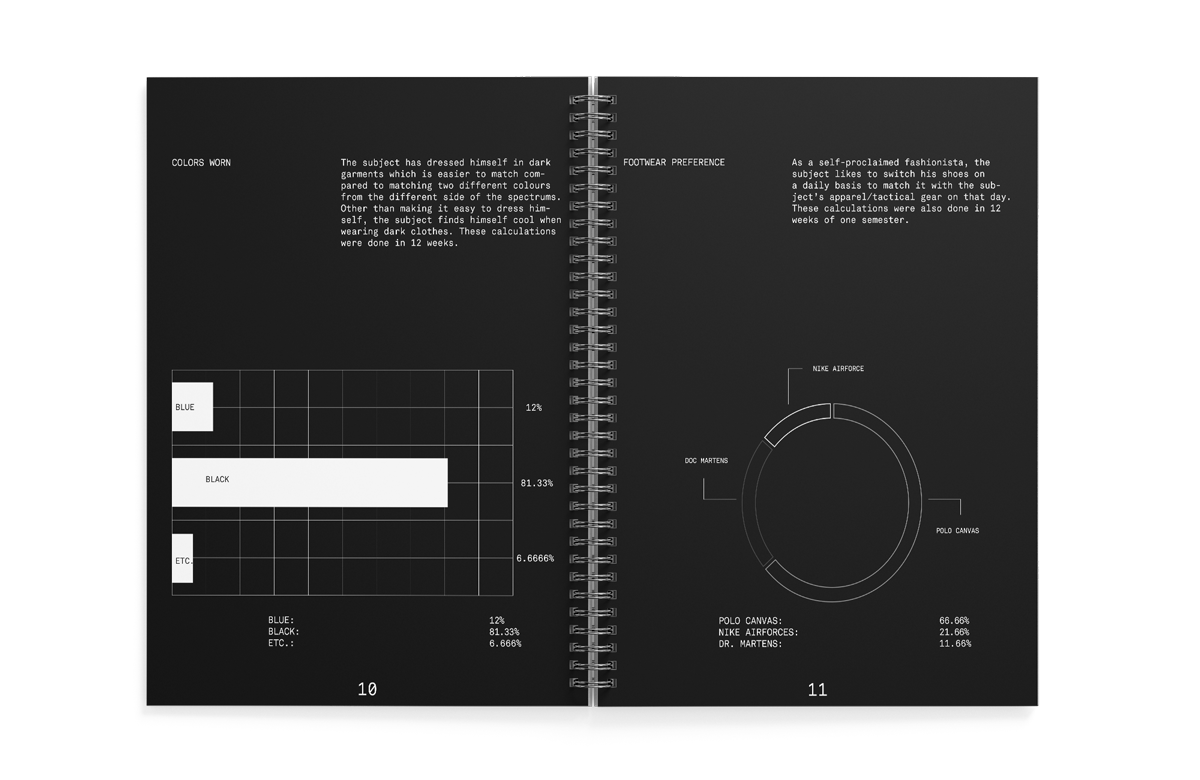 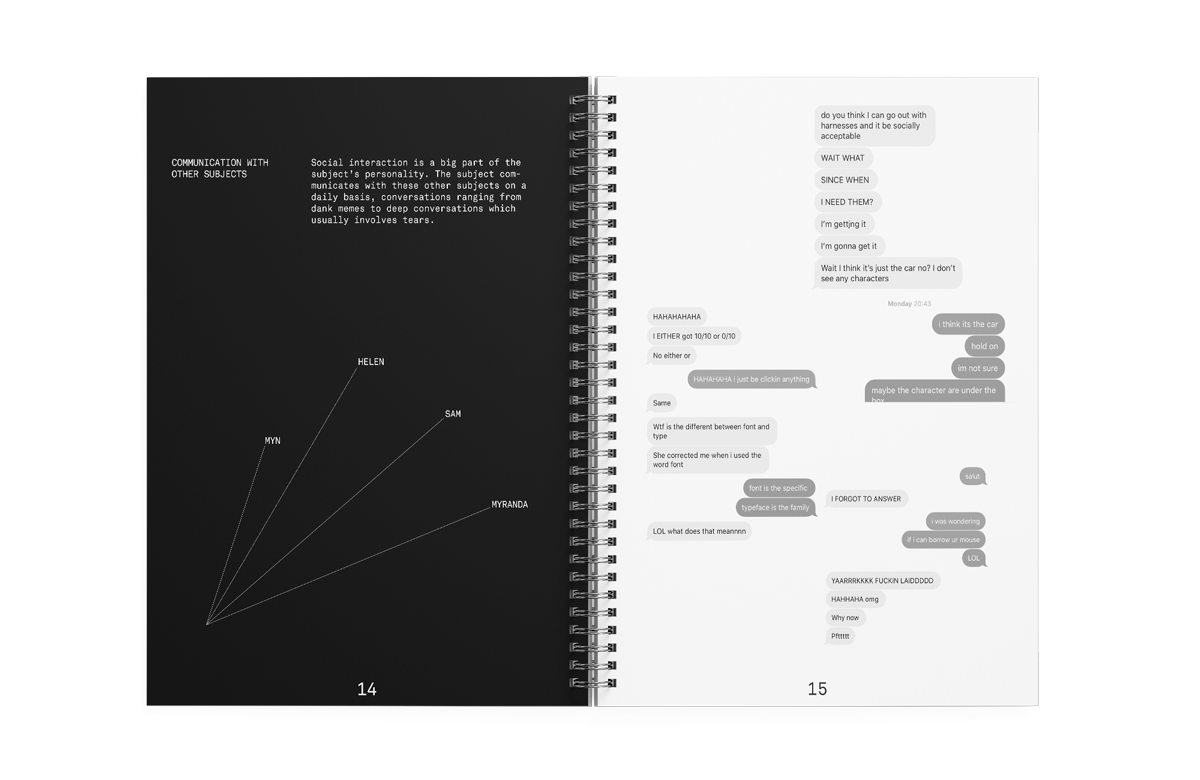 Much like what was initially planned, the visuals of the tracker are geometric elements in white strokes complimented by a mono type. To put a personal touch to the project, various self-photographs were added in-between the graphs.