The process leading to creating the final poster involved listening to the album several times to try to interpret the meaning of the songs. The process also demanded trying out different mark-makings from creating lines to blindly drawing shapes while listening to the song.

John Cage’s Four Walls is truly a mysterious artistic piece. The album does not follow the conventional rules of a generic song, but it is solid enough to portray the story and the emotions told by the music. Four Walls is able to make you question what’s beyond the limits of our consciousness and our emotions, asking you whether you’re feeling euphoric or if it was purely melancholy masked by mere jubilation.

Students were asked to randomly pick from a set of chosen contemporary musicians and interpret the music of the artist visually. 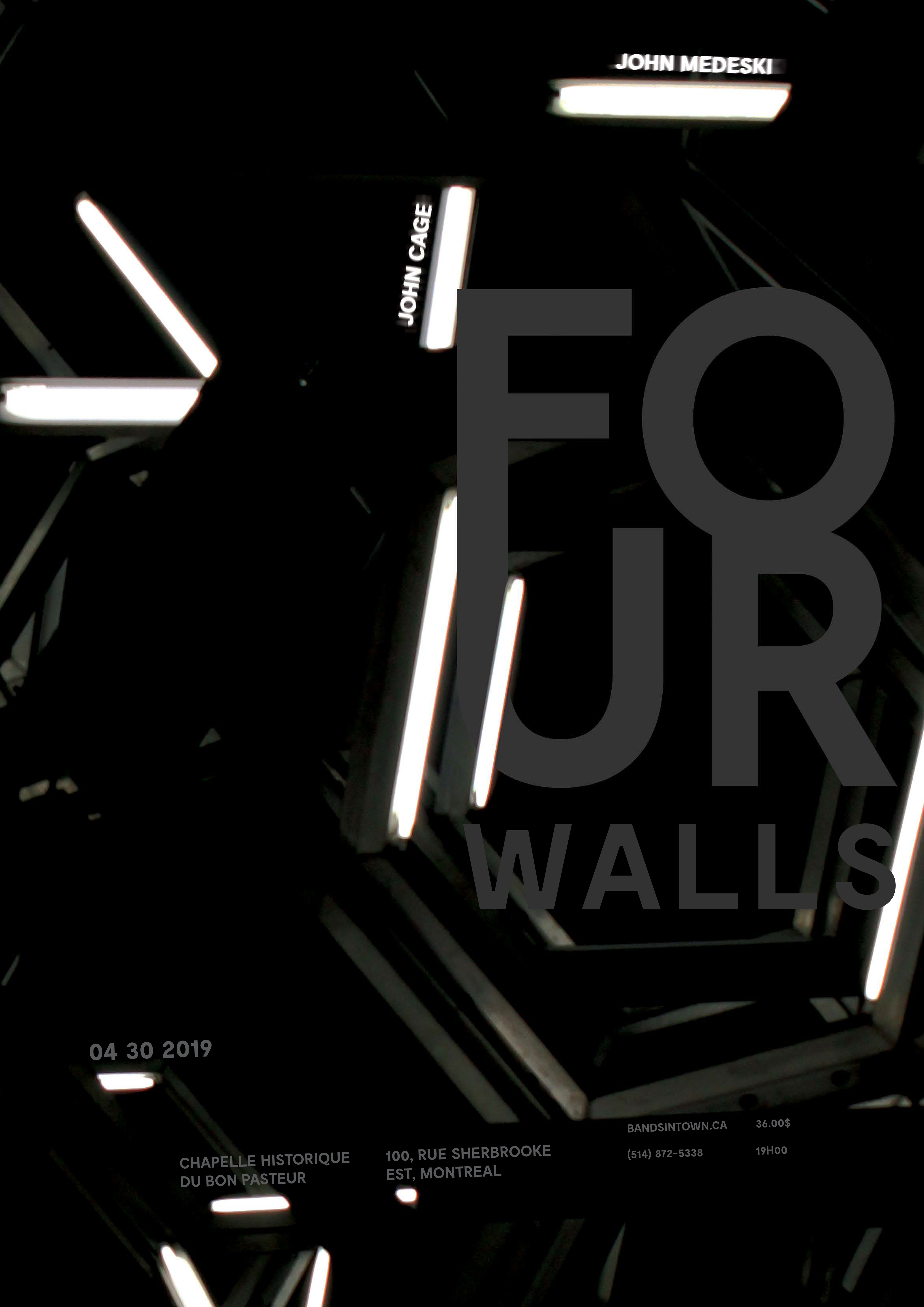 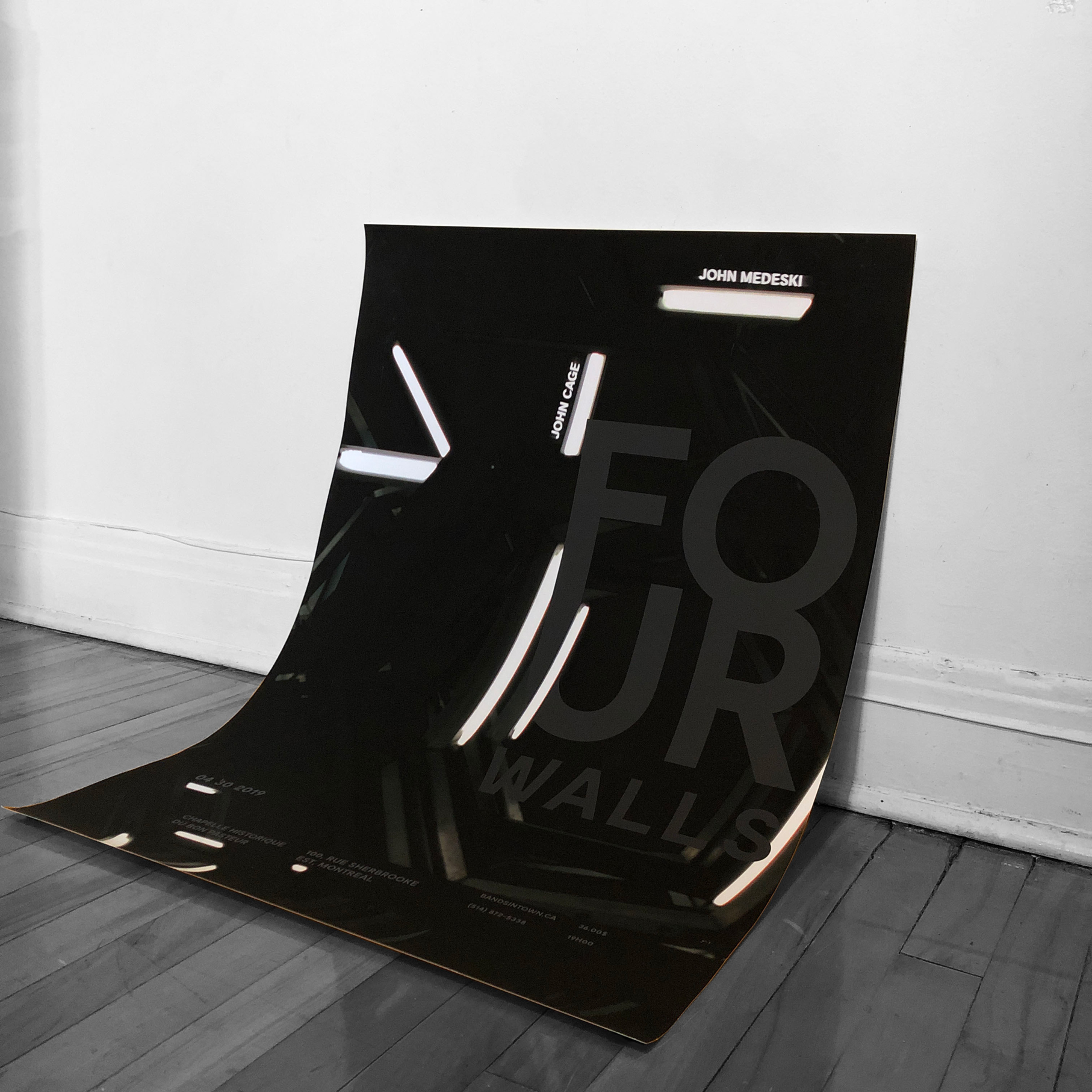 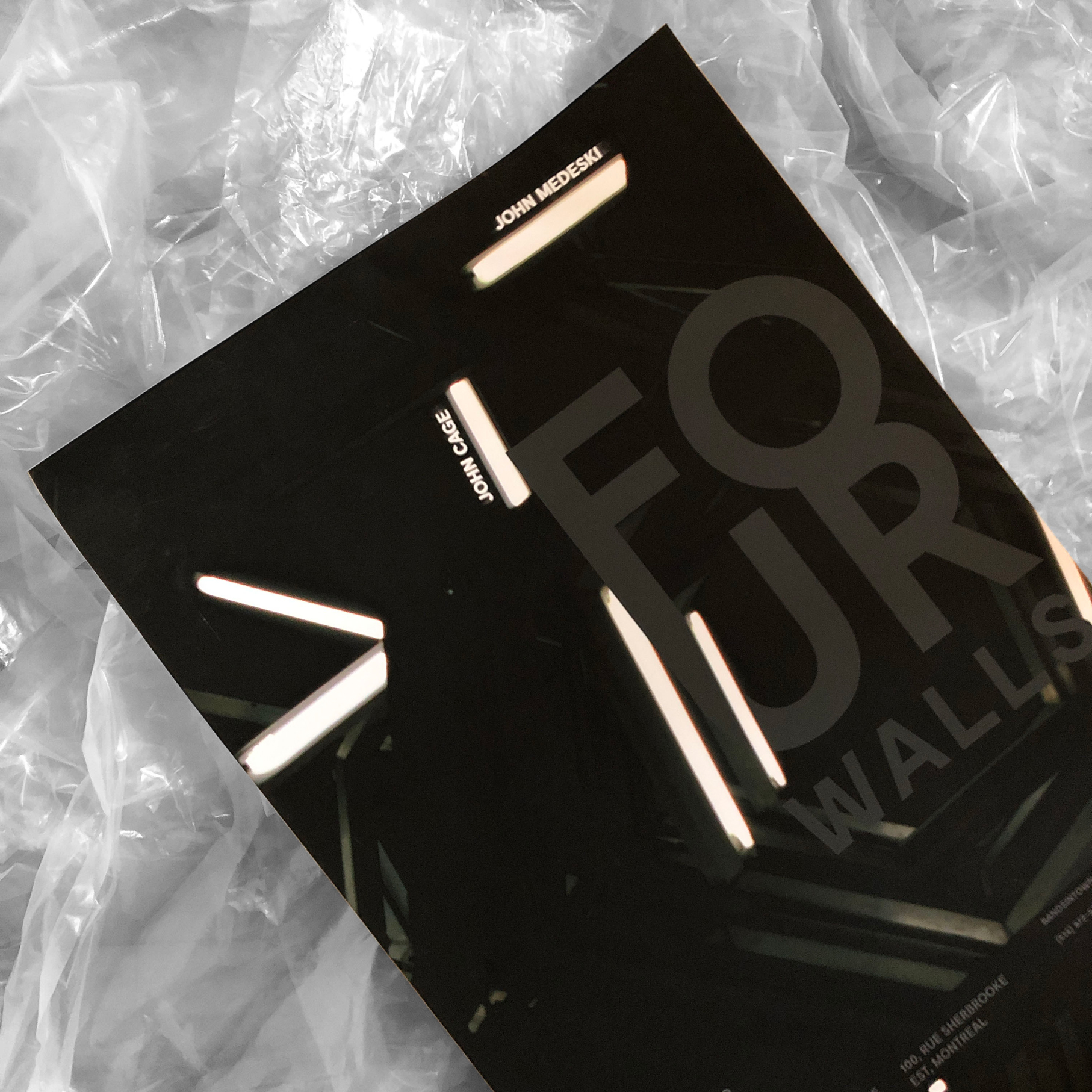 In the end, a photograph of Pierre-Granche’s sculpture, located in Namur metro, was used to enforce the idea of having to fear the unknown, a sentiment one might feel when listening to the album for the very first time.